Journalist, Author and Wellness Coach Debbie Binner speaks about what she’s learnt personally about living again after loss. Her book Yet Here I Am is a bestselling Amazon book on resilience, hope and thriving after loss 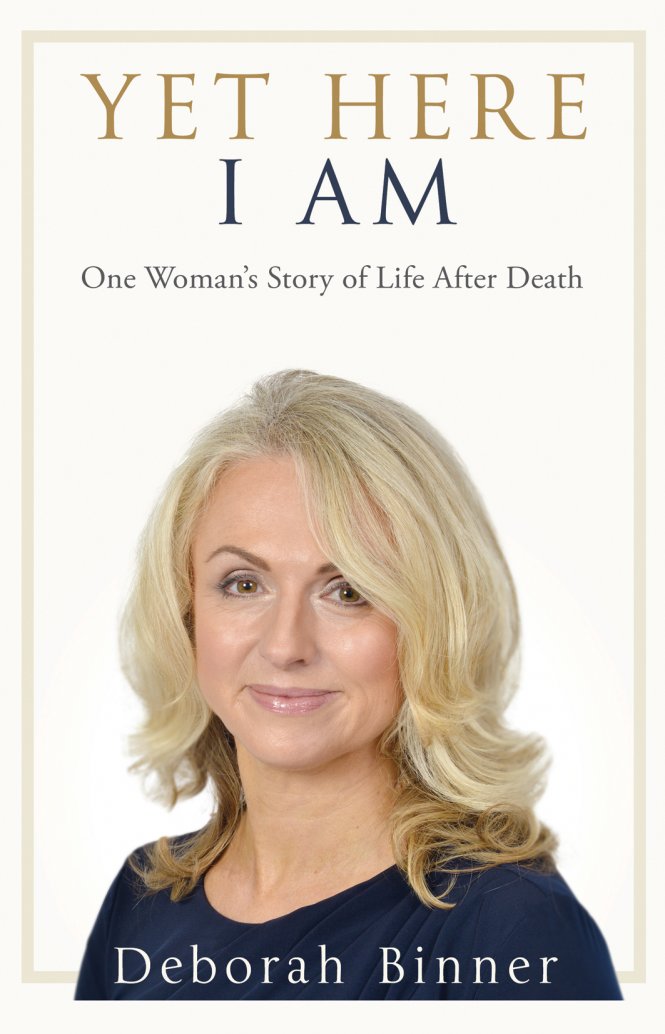 “I once had the perfect life; I just didn’t realise it at the time. I had a dream job as a TV journalist/presenter, two beautiful children, a great husband and a large Surrey home. How I now berate myself for wasting time feeling “unfulfilled”. Life would be perfect, I kept telling myself, if only I could get that promotion, that new car, that new bathroom…

What a complete waste of time.

In 2013 my perfect 15-year-old daughter Chloë complained of a pain in her leg. The GP kept dismissing her symptoms as “growing pains”.

But after three months, with no improvement, I insisted on a scan. If only I’d done this earlier.

“I’m afraid your daughter has bone cancer. It’s called Ewing’s Sarcoma. It’s very rare affecting about 35 children in the UK each year. It tends to strike between 12 and 18 years of age, with 15 being the peak age.”

Important to note that joint pain in a child that happens at night, particularly if it wakes the child up, should always be investigated further.

He said that the cancer was “treatable”, later I learnt that this is very different from being “curable”. She endured years of the harshest chemotherapies, radiotherapies and surgeries – but remained the same sunny, breathtakingly beautiful, spirited girl I’d always known.

She died two months after her 18th birthday and my heart was broken forever.

I feel that one can never get over the death of a child; it is the worst of all losses. But if I’d learnt anything from the amazing young people that I’d witnessed going through so much on the marvellous Teenage Cancer Trust ward at University College London Hospital, it was that there is always a choice around how we react to life events.

That ward should have been the most depressing place in the World, but it wasn’t. It was full of love, laughter and a simple delight at just being alive.

Just one year after my daughter died, my husband developed a strange sensation in his mouth. Fast forward two months and he was diagnosed with Motor Neurone Disease – the disease doctors are said to fear above all others. He died just nine months after diagnosis.

Life was incredibly dark for a while, but I made a clear decision early that I wanted to survive – but not just that I wanted to thrive too. I now understand that it is entirely a privilege to get old and there is a duty on all of us to make the best use of the time we are given. Life really is very beautiful if we choose it to be.

It sounds like a cliché but I also wanted to make a difference to the World – however small that might be. I’d received so much love, support and care – I wanted to give some of that back to other people.

I now combine my work as a journalist with working as a wellbeing coach and running healing, nurturing retreats with a group of health and wellbeing experts focussing on mourning and then rebuilding after any kind of loss – including loss of a job, status, divorce. All of which can have a serious impact on one’s self confidence and wellbeing. I do believe we can only do good in the World if we heal and forgive ourselves first.

I have developed my own manual for resilience and healing after loss. Here are some of my personal favourites:

•           One can be content in any circumstances. It’s all about mindset. Viktor Frankl’s Man’s Search for Meaning is a must read for anybody going through troubled times. As he says, we cannot always control anything that happens to us, but we can control how we react.

•           Kindness, compassion and contact with our loved ones is all that really matters – all the rest is just stuff. Sometimes it’s nice to have stuff – but the research proves time and again that it’s connections that make us happy not things.

•           Don’t gossip or speak badly of other people – we really have no idea what others are going through. Be kind. Always.

•           Quit worrying about those creeping lines around the eyes. It’s a privilege to get old, denied to too many children and young people every day.

•           The Buddhists do daily meditations on death each day, as a reminder that life is short so don’t waste any of it. I’ve been doing this for many years now and it is a wonderful reminder to live the best possible life.

Debbie Binner’s book Yet Here I Am is available at www.splendidbooks.co.uk.

For more on upcoming retreats on thriving after loss